The Evolution of Air Conditioning

The Evolution of Air Conditioning

by AllOutAC / Tuesday, 21 July 2015 / Published in History of Air Conditioning 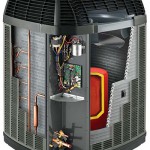 In the sweltering heat of Houston, Katy and Sugar Land, Texas, it seems that every summer seems to be hotter than the last. Technology has evolved over time to compensate for the rising temperatures that Americans have come to expect. Houston, Sugar Land and Katy air conditioning repair experts certainly keep busy in the summertime trying to maintain comfort levels for their customers. Considering what our ancestors had to do to keep cool, some critics argue that Americans take modern technology for granted.

As far back as 3,000 years ago, civilizations across the world used hand fans as a means of personal temperature control. In ancient Rome, only the wealthiest citizens could afford indoor cooling. They utilized the aqueduct systems to run cooled water through the walls in their homes. Emperor Elagabalus got his slaves to build a cooling system in his villa using snow from the mountains.

One crafty inventor in 2nd century China developed a man-powered rotary fan. This device was about the size of a room and could provide a cool breeze to the occupants. In the Middle East, citizens used architecture to their advantage for climate control. Builders placed windows facing away from the sun to minimize the heat indoors. Larger buildings had wind towers that circulated natural breezes throughout the structure.

Without electricity or other forms of modern technology, the development of air conditioning systems stagnated for centuries. Thanks to the minds of Nikola Tesla and Thomas Edison, the first oscillating and electric fans appeared in the early 1900s.

Willis Carrier invented the modern AC system in 1902. It was a mechanical device that passed air through cooled coils. He developed this unit to control the humidity where he worked. Carrier eventually went on to develop the first mass manufacturing facility for air conditioners as well as the Carrier brand.

Due to their size, noise, cost and chemical components, residents did not acquire these new AC units for a few decades. Carrier updated his invention in 1922 by adding a central compressor, greatly reducing the size of the unit. The new AC was debuted to the public in 1925, but it was still too costly for the average citizen. Movie theaters purchased AC units costing between $10,000 and $50,000, and they became a popular destination during the hot summer months.

In the 1930s, air conditioners were installed in retail stores, commercial offices and rail cars. They were still a luxury item due to their high cost. Some residential homes had window AC units starting in the late 1930s. Many businesses did not air conditioning until the 1940s and ’50s because they could not see the economic benefit. Studies were conducted on the productivity of workers with and without an air-conditioned environment and showed a 24 percent increase in output for typists. With statistical proof, about 90 percent of businesses had AC in their buildings by 1957 simply for efficiency purposes.

By 1965, only about 10 percent of American homes had central AC. Families would make do by sleeping outdoors, in basements or chilling their underclothes before wearing them. With advancements in technology, AC units became increasingly more affordable for the average household. By 2007, 86 percent of homes featured central AC.

At All Out AC & Heating, we want to keep this upward trend going by providing our customers with great services. Our Katy and Sugar Land air conditioning repair experts are fully trained to handle all of your cooling needs. Whenever you are looking for Sugar Land or Katy AC repair services, you can count on us to get your home back to a comfortable temperature. Contact us today to find out how we can get your Sugar Land or Katy HVAC repair issues resolved.

All Out A/C & Heating is a complete air conditioning and heating company serving Katy, Sugar Land, and the surrounding Houston area. Established in 1989, we are locally owned and operated so that we can meet the needs of our valued customers. We strive to provide quick, honest, and dependable services so that you remain comfortable in your home regardless of the weather. 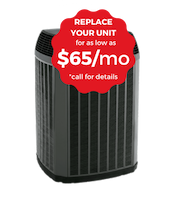 Call us now for the biggest savings of the year!

At All Out A/C & Heating, our company has developed a customized preventive maintenance program that addresses the problems we see most often in air conditioning and heating systems. Our professional service technicians are trained to service and repair your systems efficiently. This will eliminate problems and save you money.